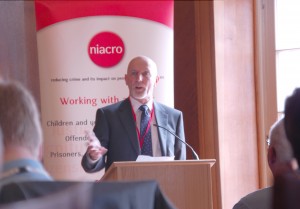 Since I resigned as a Police and Crime Commissioner candidate and established Wipetheslateclean, I have been surprised by the number of people who have contacted me through the website. Many of these are individuals whose lives have been blighted by previous convictions -often committed many years ago like my own.

One very striking issue that has come through  is from people who have received police cautions. Many people do not realise that when they accept a police caution, that the cautions will then be disclosed on standard and enhanced CRB/DBS checks when they apply for jobs.

The caution can have the same impact as a criminal conviction and can lead to exclusion from employment and other paths such as fostering/adoption etc. In some cases, when individuals have been asked, at interview or on application forms, whether they have criminal convictions they have answered “no,” only for the disclosures to then come through listing cautions. Because of this job offers have been withdrawn.

Service men and women who have accepted an informal reprimand from their commanding officer rather than a court martial find themselves in the same position. Non-British nationals serving in our armed forces have also found their applications for citizenship blocked when leaving those forces.

The same issue comes through when people receive other out of court disposals such as Restorative Justice Interventions and Fixed Penalty Notices etc. Again, while these are not criminal convictions they will be included on CRB/DBS disclosures. There is a right of appeal for individuals against inclusion but the post bag indicates many of these fall on deaf ears.

Many police forces have clear procedures to be followed when delivering cautions and other out of court disposals but practice indicates these are not being adhered to. I am also convinced many police officers are unaware of the lifetime implications of cautions when they deliver them. It’s unfortunate but understandable that when people are arrested and offered the opportunity to get out of the police station they opt for a caution without realising the full implications:

“I was told that if I accepted a caution it would all be over- I could leave and the thing would all be forgotten about. I had no idea when I applied for my next job that this would be with me for the rest of my life”

The government’s changes to the ROA are welcome but as an earlier article from UNLOCK  points out they do not go far enough. Coupled with this is the potential rise in the number of out of court disposals such as conditional cautions, following the introduction of the Legal Aid and Sentencing and Punishment of Offenders Act (LASPO), all of which I support. The result though, unless there are changes to the system of delivery of these disposals, will be far more people, who find themselves with life sentences for minor misdemeanours. This will particularly affect those who have received more than one such disposal.

That’s why Wipetheslateclean is calling for: